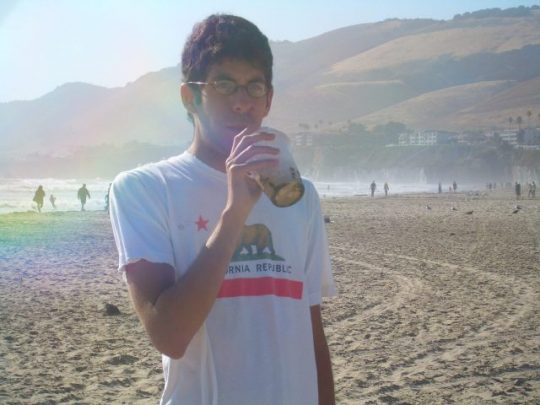 After graduating from college several years ago, I realized one thing…

I could have done A LOT better when it came to meeting girls.

Once I started learning about attraction, I came to the sad conclusion that I could have taken advantage of being able to practice the skills of meeting and attracting women.

Instead, I didn’t. Why? Because I just didn’t know how.

If you’re in college, then I don’t want you making the same mistakes with girls I did

1. Not Talking To Enough Girls

I was in a fraternity and had many opportunities to talk to girls. But the only ones I talked to, were the ones that I was introduced to. In fact, that was how I thought meeting girls was supposed to be like: introductions. I was far off.

I never reached out and approached any girls on campus or in college bars or at get together.

I should have….every single day.

Instead, I complained about not being able to meet girls. And it was because I didn’t take any action. It was because deep down, I was scared. I couldn’t get over the fear of being able to approach a woman and start a conversation out of thin air.

My friends went to the same bars every single weekend. And I followed along because I didn’t want to “miss out.”

Little did I know, I missed out on a bunch of other cool bars and meeting new girls. There were so many girls around, and I stuck to the same old spots and talked to the same old people.

By my senior year, I got fed up with doing this and started going to a few new spots. It was then that I realized how much I was missing out this entire time! There were new and beautiful girls everywhere. If only I didn’t follow the same crowd and had the courage to carve my own path, then I would have had some fun adventures.

Yup, I was in a frat. Do I regret it? No. However, something I do regret is using it as a crutch for my social life. Let me explain.

The college that I went to was divided into two sections: greek life and G.D.I. (god damn independent). Since the school was heavily greek, there wasn’t a lot of socializing with people who weren’t greek, if you happened to be in a frat and sorority. Okay, no big deal, right? Wrong.

Sticking to one social side of the campus didn’t allow me to expand into other areas. I found it too “difficult” to meet other people not involved in Greek life and it massively stinted my opportunities for meeting new women.

If I wasn’t so set on just attending fraternity and sorority parties I could have opened myself up to a whole new group of people.

4. Drinking & Partying Too Much

There was hardly ever a night that I didn’t go out and drink. Now for college, this is normal, but I could have made more things happen with girls if I took it down a notch.

After I graduated, I slowed down my drinking to just one per night and I ended up meeting more girls, getting more numbers and going on more dates. Why? Because I was focused on the interactions with girls, rather than the amount of drinks I gulped down.

If I had applied that same mentality during college, I would have been more successful with the girls there and felt way better in the morning.

5. Not Getting A Job At A Restaurant/Bar/Nightclub

Talk about a killer place to meet hot girls and have some serious social power.

I will admit, I was one of the lucky ones that didn’t have to work in college. However, I was still broke and didn’t have much money to spend.

But, getting a job (really any job) would have been yet another avenue to meet more girls. And when you work at a restaurant or bar there is an “industry scene” that you can be part of that is built right into your work. People in this scene go out all the time, hook up with each other and become friends. Unfortunately, I didn’t learn this until I was a senior in high school and it was too late at this point.

If you can muster up the time to work at a bar, you have the opportunity to have a higher status on campus. My friends who were doormen and bartenders knew so many people because you become a leader in the social scene (just by having the job!)

6. Not Making More Friends In My Classes

This is a big one.

When I did attend class, I kept to myself. I didn’t try to meet any new girls or make other guy friends.

Instead, I ran out of class as soon as it was over, didn’t talk to anyone and went on with my day.

There were a lot of cute girls in my classes. However, I was either too scared or too lazy to start a conversation with any of them. In fact, I didn’t even know it was possible.

I’m going to let you in on a little secret:

Class is an EASY way to meet new and interesting people. And it’s important that you take advantage of that.

It’s as simple as going up to a girl after class and asking, “Hey you’re in my class, right? What did you think of [fill in something about class here]?”

7. Getting A Girlfriend Too Quickly

I got into a relationship after the first week of college. Yes, you heard me right. The very first week. This was a major mistake! Luckily for me it only lasted 3 months.

The whole point of college is to have as many new experiences as you can. It is not to get into a serious relationship. My goal for you is to meet as many women as you can and not settle down until after you graduate. That way you can practice your social skills and get an even better woman when you’re out in the real world.

I mean, if it happens, it happens. But my advice to you today, is to not go on a hunt for it.

College is the best time for you to experience being with multiple girls and making new friends. Don’t let anything take that away from doing that.

8. Not Talking To The Women I Was Attracted To

There were so many hot girls around me at any given time, and I had so many opportunities to meet them, to talk with them, to flirt with them, and to sleep with them.

Instead, I had the big idea that most of these girls were bitches and only liked to talk to jocks or rich guys. Ha! That is far from the truth. Women aren’t attracted to looks and money. They are attracted to the internal behavioral qualities of a man: Dominance. Tension. And Entertainment.

They want a man who can approach them and talk to them (dominant), create sexual chemistry (tension) and have a good time doing it (entertainment).

I just stood in the corner watching everyone else talk to them, make friends with them, and get laid. I had no proof behind any of my negative thoughts. I was just too scared to make anything happen.

So, instead, I settled for girls that landed in my lap (no pun intended) and trust me they weren’t very high-quality girls.

9. Not Wearing A Condom

There were a bunch of times when I didn’t wear a condom while having sex with a girl in college.

This was a bad decision on my part. Luckily, I didn’t catch anything or get a girl pregnant. But I could have easily done both. It happens to people everyday.

A lot of guys make this same mistake and sometimes they’re not so lucky.

So unless you know that she’s on birth control and proves to you that she is clean with test results, then make sure you wear a condom. Even then, I would wear a condom just in case, because you never know.

I spent a lot of my time being reactive instead of proactive. Meaning, I would look at my friends who did well with women and be upset because that wasn’t me. And then do nothing about it!

“What did they have that I didn’t?” I would constantly ask myself.

I didn’t realize how much of a waste of time it is to look at others and compare yourself. Jealousy won’t get you anywhere except into a small depression. Instead, I should have focused on myself and taken the action steps necessary to get better with women.

There will always be people ahead of you, however it’s best to use that as inspiration for what’s possible instead of coming down on yourself.

If you are in college or about to attend, then take my mistakes and learn from them.

Break out of your shell and socialize with everyone and create healthy habits for your future.

College is one of the easiest places to meet girls, because they are everywhere and they are OPEN to meeting new people. The college vibe is more relaxed and lends itself to socializing.

If you can turn these mistakes around and use them for your benefit, I assure you, you will be meeting more girls, getting better grades, and feeling extremely productive in these amazing 4 years of your life.

Want to learn secrets about women and dating most men will never know…? Everything you need to know about attracting and dating the kind of women you truly desire is in my program Hooked. This is my step-by-step course for turning yourself into the type of man that women find naturally attractive while still being your genuine self. It comes with a bunch of bonuses including access to my private Facebook group Tripp’s Corner and it’s backed by a 60-day money back guarantee. Click here to learn more about my program Hooked.